The legend Paul Walker is another name any Hollywood addict won’t dare to joke with. Infact, once speed is mentioned, then think about Paul Walker and his movies. Yesterday i we talked about “Top 10 most handsome men in America” and the first part of the list came from Hollywood.

There is a need for us to speed up the memories we had about Paul and that is his impact in the society. Alot of us may have seen movies of Paul Walker but only on fast five or furious 7. Guess what! he featured in some romantic movies too. Though he is dead, he still lives in our heart and on our screens.You can remember him with these top 10 movies below:

10 Movies That Truly Reminded Us Of Paul Walker 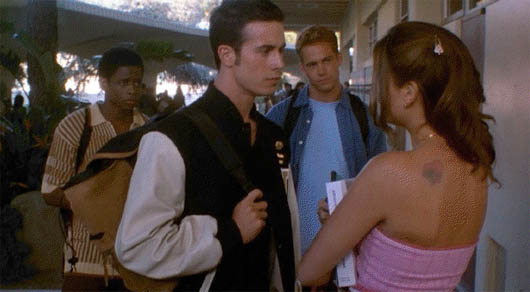 She’s All That was initially released in the year 1999 in the United State of America and is directed by
Robert Iscove. The movie had alot of comedy infusion and we won’t doubt the fact that it was all fun to watch.