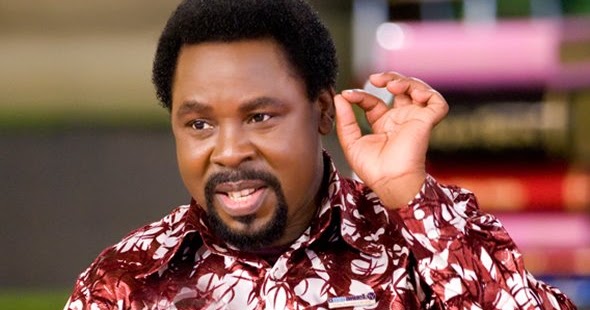 Temi Tope Balogun Joshua,is no new name on block as he has continuously maintained the top spot in the world. One great thing about him is his zeal to share a great portion of his wealth with charity.The famous Preacher was born on the 12th of June,1963 in Nigeria. He got married to Evelyn Joshua in 1990 and their bond has produced two beautiful kids.

He is the General Overseer of the Synagogue Church Of All Nations (SCOAN) which has its branches in the capital of many countries in the world.Joshua is said to have a networth of  $10m- $15million dollars.He is known for his accurate Prophesies of future events even though he is often criticised for his predictions.T.B Joshua heads the Synagogue Church of all Nations (SCOAN), a congregation he founded in 1987, which accommodates over 15,000 worshippers on Sundays. The Pastor has remained controversial for several years for his inexplicable powers to heal all sorts of incurable diseases, including HIV/AIDS, cancer and paralysis.