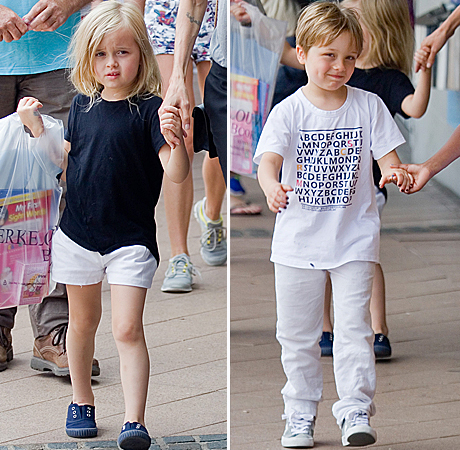 Who hasn’t heard of Brangelina right? Knox & Vivienne Jolie Pitt are twins of Hollywood power couple Angelina Jolie and Brad Pitt. When they were born in 2008, in a seaside hospital in Nice, France, there were media people circling the place like a vulture tryimg to catch one glimpse of the children. The first picture of Knox & Vivienne Jolie Pitt was reported sold for $14 million which became the most expensive celebrity photographs ever taken. Since Knox & Vivienne are children of one of the highest paid celebrities in the world, it’s no surprise they ended up in the number 2 passion of the 10 wealthiest kids in the world today.

OTHERS ARE READING: 10 Richest People In The World In 2017