Reality TV shows have come a long way to show us how the behaviours of humans can be seen in different facet of life. Apart from the reward some of these Tv reality shows,we have come to see a huge positive impacts these reality TVs have left in the  lives of many. We have seen top models being born from reality Tvs and as well as actresses too.

One can hardly say he/she has not seen any interesting reality show before; just like i said, alot of Tv reality shows
are being born daily and most of them have really left a great sense of improvement in the lives of people.Yes! i am
a top reality show freak and you can’t take that away but i am basically interested in the ones that tend to showcase
the vocal strength (Musically focused ones) of the young ones.

MUST READ: Top 15 Celebrities Who Never Got Aged

From dancing to singing and to acting, one can not help but continuously imagine the number of generations that have  developed deep passion for most of these acts.In today’s updates, i will be talking about the 10 most exciting reality TV shows i have ever seen.

N/B: This is not a sponsored post but just for entertainment purposes.

Top 10 Most Exciting Reality Tv Shows In The World 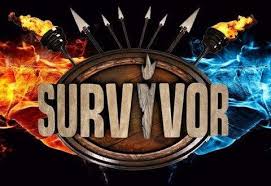 Although i have not been a deep fan of the television series, but this is one reality show that everyone should see and partake in.The show has seen over thirty four seasons since its existence and the popularity of the reality show series which is hosted by Jeff Probst brings its twenty castaways to the Mamanuca Islands in Fiji.
The first episode of the reality show was on the 31st of May in 2000 which had its first winner as Richard Hatch.Apparently, we can see that the reality show has indeed created a great platform for alot of persons.

Survivor is an American Television Series and has since been entertaining quite alot of audience.